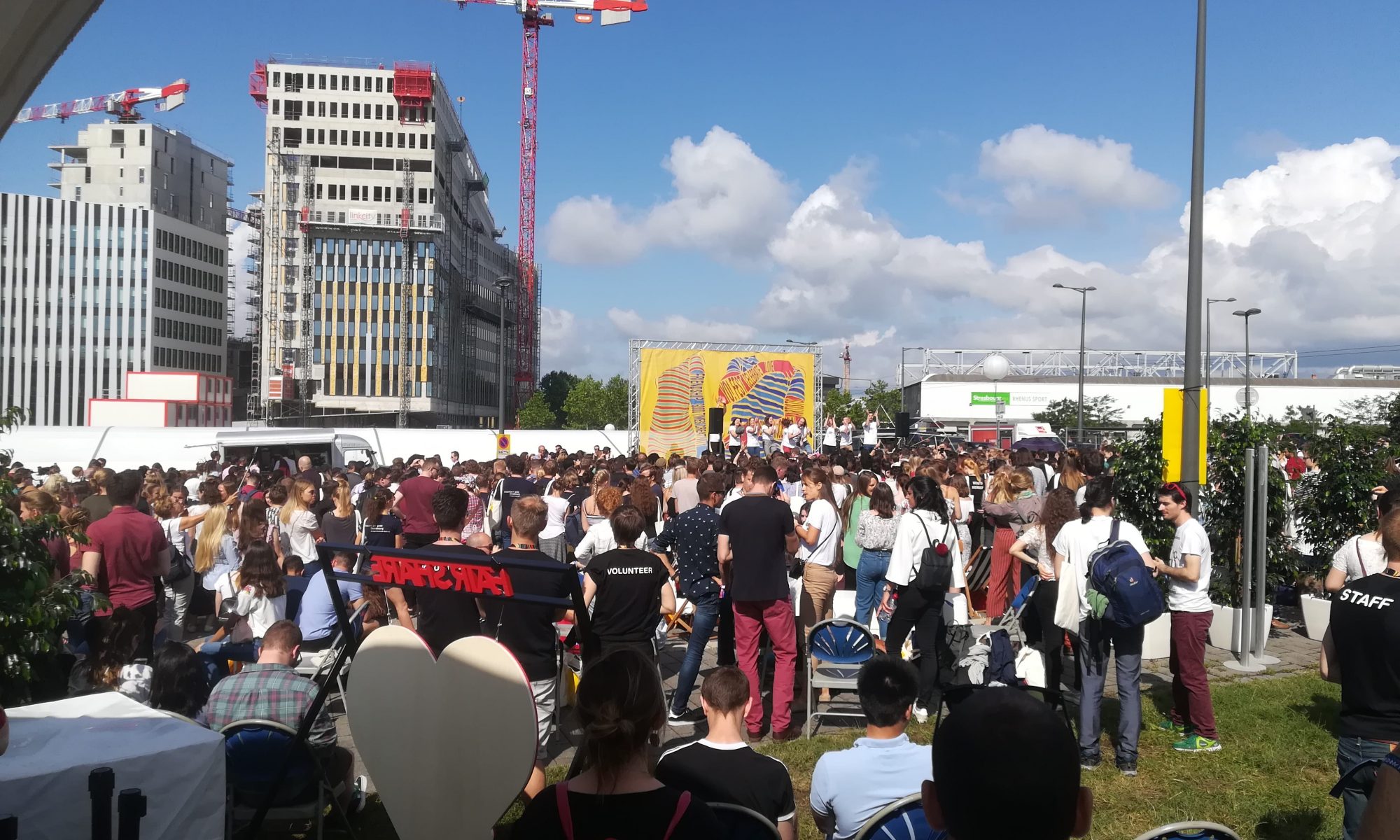 On 1-2 June 2018, the Lifelong Learning Platform took part in Strasbourg to the biggest youth festival in the European Union called the YOFEST. More than 8000 young people came from all over Europe and even beyond, to discuss worldwide challenges and find the best way for building safe, fair and sustainable economies and societies. The LLLPlatform was a partner of the European Youth Forum, the main organiser of the event to conduct an activity in the Digital Hub tent.  A quiz was created for assessing the digital awareness of the young respondents. As a result, dozens of individuals took part to the test, all showing a high, rising and even level of awareness but

rarely followed by strict privacy concerns and settings or by adopting new online behaviours. This is particularly valid when the change of behaviour depends on higher (technical) digital skills or on some time-consuming endeavor to find other Internet services offer. Overall, the aspiration to adopt safer and more responsible use of Internet and digital devices was there! Among other interesting findings:

Participants’ feedback on the test were very positive. Some of them said that it actually made them think or learn things by doing it. In a conversation with one participant, it was pointed out that the level of protection actually depends on the level of risk. If you are a celebrity, a political opponent, etc it makes much more sense to protect one’s data that if you are not. This statement is a very interesting topic for further discussions!